Showing posts from April, 2015
Show all

'Philly is Baltimore' rally planned for Thursday outside City Hall

April 30, 2015
Will be avoiding 15th and Market this evening, just in case some fools show up wanting to start something......
from Facebook http://ift.tt/1Esa0G2

Grilled Catfish Platter at Cracker Barrel - and that's my lunch

April 28, 2015
Available April 28-May 8 for University of Pennsylvania students! Donuts will be available at Federal Donuts' West Philadelphia (3428 Sansom Street) The flash of a college ID is all it'll take for students to receive a complimentary Brown Sugar Cinnamon, Strawberry Lavender or Vanilla Spice donut.
from Facebook http://ift.tt/1dpLHQd

April 27, 2015
"When your mom catches you rioting in Baltimore and beats your ass live on CNN."
from Facebook http://ift.tt/1z7CKov

April 26, 2015
Yet again proving the truism that if an article's headline raises a question, the answer is almost always NO.
from Facebook http://ift.tt/1HIWPCZ

April 21, 2015
From St. Louis Dispatch article linked to in the article below: "A second sapling bought by a local resident and dedicated to a dead pet also was damaged, city officials said. The city said both trees were chopped off at the trunk and that concrete plaques placed at the bases of both were taken." HuffPo writes just one sentence at the end of the article about it- well, at least, the first sentence.of it,,, But these vandals aren't just racist - no, they're Racist Puppy Haters™. Just think of all the pagev- I mean missed opportunities for ad reven- I mean concerned coverage of this for the target mark-- I mean community.of animal lovers. Oh, HuffPo, how could you do this to us?.
from Facebook http://ift.tt/1bhzagl

April 21, 2015
What amuses me is that these parents will, no doubt, be sending their unique little snowflakes to SAT prep classes when the time comes... SMH
from Facebook http://ow.ly/LRr9u

Turkey on Pretzel at Corner Bakery Cafe - and that's my lunch

Video: -FREE if consumed in less than 45 minutes
-Photo added to the wall of Fame/Shame
-Please give us 24 hours notice 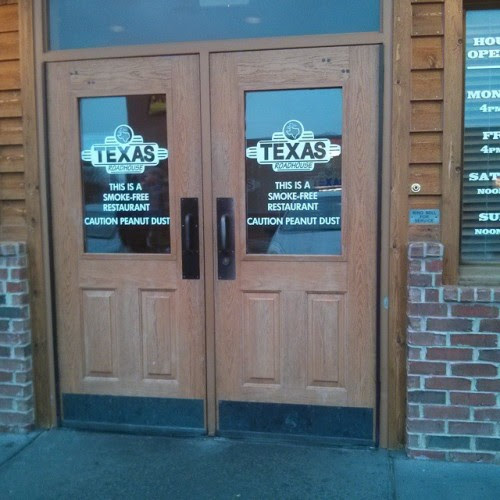 Jake's Sandwich Board - brisket haystack - and that's my lunch

Video: -FREE if consumed in less than 45 minutes
-Photo added to the wall of Fame/Shame
-Please give us 24 hours notice

Baconator Combo at Wendy's - and that's my lunch